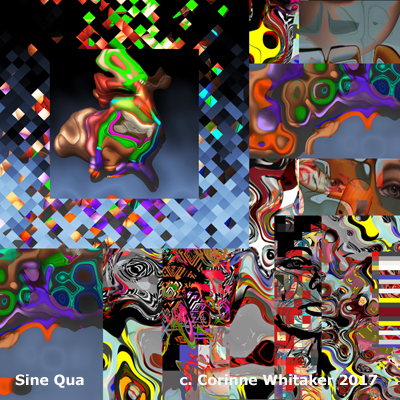 In the mid 20th century, composers like Eric Satie and John Cage experimented with new forms of music, of words, of sounds and ideas. Satie wrote "Three Flabby preludes for a dog". He also gave us "Vexations" - a short piece to be played 840 times in a row. Cage created "Imaginary Landscape no. 4 for 12 radios" , the sounds depending entirely on what was playing on the radios at that time. Cage, who developed the aleatory or chance composition and focused at one point on percussive orchestras, wrote "I have nothing to say and I'm saying it". (Does this remind you of Yogi Berra's "When you come to a fork in the road, take it)? Cage's instrument list for one piece included 9 chopsticks, 1 handsaw, 6 curtains, and 2 pairs of bones.

Most famous probably is Cage's 4' 33" piece, during which the pianist sat at the piano and did nothing for four minutes and thirty-three seconds. It was revolutionary and profound - Cage's way of saying how important listening is to the performance of music. He is also quoted as saying, "There is no such thing as silence...there's no way to stop the reception of sound. If you stop the sound from coming from the outside, then what you hear is the sounds that are coming from the inside."

What would Cage and his compatriots have done with artificial intelligence? We'll never know, except that it would have been startling. But as I experiment with using A.I. to compose music I suddenly wondered what A.I. would do to lyrics. Apparently the first steps taken were to teach the machine brain thousands of words used in rap and hip-hop, so the resulting lyrics had a distinct street flavor. In order to free that up, I mixed and matched lines from a number of A.I.-based lyrics, and came up with the following, which I call ZanyWords:

I got the focus got the heart

When I was young I got robbed from the neighborhood bully

And the future looks dim if we don't get ourselves together

Do it do it I did it did it

But I ain't shy so why shall I comfort

Ones who fake get caught in the crossfire for crumbs

Go to the bar to drink to get soberer

My life's based upon what i'mma do this year

A digital visuals about to appear

Why is it so hard for me to decide which I love more? Ice Cream or...Jelly Beans?

Knew a part of her I could heal with words and I start crying.

But when I start to daydream,

My mind turns straight to kinks.

I like to hang out with scorpio and lallapalooza.

We don't realize we all under a microscope

Dying of thirst yet willing to die thirsty

I drop jewels like my nuts dropped out of my briefs

Never eat it you'll see that Eve was deceived

Now I know it's official

I got the focus got the heart.

I guess disruption is an issue here. Cage disrupted the world of classical music, as did Marcel Duchamp with his ready-mades in art. Others, however, use disruption to cause chaos regardless of the consequences, or to divert attention from unpleasant issues that they'd rather not face.

We have an eruption/disruption across the planet right now, with massive numbers of people uprooted from their homes, even from their families. A.I. lyrics remind me that we are not perfect.(1) Protests reassure me that democracy is alive and well.(2)

(1) "As Darwin demonstrated, evolution is not an unremitting race toward perfection. It is a haphazard wander around good enough.", Kelly Clancy, "A Computer to Rival the Brain".

(2) These words by Lily Janiak in reviewing the San Francisco cast of "Hamilton" are piercing: "'Hamilton' reminds us that our history was not preordained by some outside force or even by almighty founding fathers but eked out by the daily,uncertain decisions of flawed, selfish human beings".