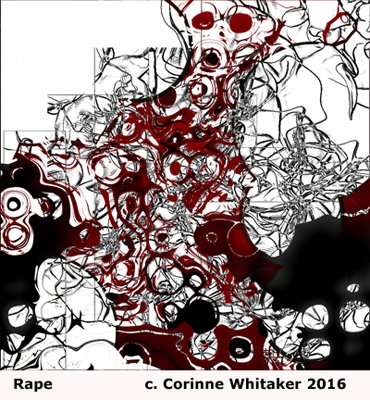 Whiten Your Face and Darken Your Soul

"This is the way to survive today.

At least you're alive

Only bearing the scars

Because, if those who fear open discourse, who abjure respect, who violate laws just for the ego-juice...if they go after you,

Why not my neighbor? My enemy?

Why not a child with a low IQ? Bow-legged priest? Orthodox Jew?

Why not a fullback, half back, wetback?

How 'bout the butcher - can't stand his hair

People who sleep in Community Care."

A bully now sits on a political throne, with a very big mouth in a very white house. The megaphone tweets loud for the worshipful crowd - catch the train of hypocrisy lest you too be ostracized. Don't pout, don't speak out. Truth is what I say it is, until I say other (not so) wise. Be mean, be hurtful, and your garden of hate will thrive.

Are you sure this is what you want to be? Is the white face with the dark souI what you want to see in the mirror, what you want your children to remember of you? I once knew a man who bragged, on his T shirt, "he who dies with the most toys wins". If so, count your toys, collect your pardon, and live with shame.

Perhaps we should consider this historical insight by Richard Falk, Professor Emeritus of International Law at Princeton University and distinguished United Nations Representative on Human Rights: "We need to remember that the best Athenian minds, including Plato, Aristotle, Thucydides, all lost faith in democracy due to the capacity of demagogues to turn the citizenry of their city into a frenzied warmongering mob that made Athens succumb to its own hubris."

On the other hand, Falk reminds us, "It could be that we are experiencing nothing more than a democratic pause, and that there will be a dialectical renewal of democracy in reaction to the dominant autocratic/populist poltitical trajectories that now seem to be moving the world toward ecological crisis, if not catastrophe."

If these difficult times are indeed a democratic pause, consider how important a cog you could be in the wheel of democracy. That fragile system depends on you, counts on you, to nudge it back to a sensible and well-balanced path. Remember: you CAN make a difference.

You might also remember those who have interpreted life differently and insisted on their voices being heard, like Glen Gould's version of the Piano Concerto No. 1 by Brahms. In 1962 conductor Leonard Bernstein caused a furor when he introduced it at Carnegie Hall, telling the audience that he totally disagreed with the musician's interpretation but felt that the audience deserved to hear it anyway.

In today's toxic political discourse, Gould might have been called a "rat", a "dog", or a "thug". Bernstein had the courage to present Gould, who had the courage to buck the establishment. Do you, your neighbors, and I, have that same courage?

I really hope so.

(1) Excerpted from The Ballad of Zero Gulch.

Note: Viewers might want to read "Broccoli Glue and You" for follow-up.