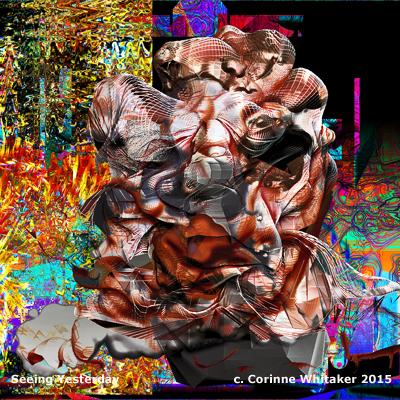 It's not Portuguese, or Africaans, or polyglot.

It's a primitive cry, of

Is it because we Americans view life, political life, with rose-colored glasses? Because we yearn for an idyllic past, a time of consensus, of a shared narrative? A time of constant victories and irreversible successes?

The reality is more pockmarked.

Our 13 original colonies were wracked with petty jealousies.

Lyndon Johnson's response to running as Vice President? "I looked it up. One out of every four presidents has died in office. I'm a gamblin' man, darlin', and this is the only chance I got."(1) That very election, of JFK, contained some of the most sinister machinations, briberies, chicanery that American politics had ever seen. There was no Camelot; there was political and moral Tommyrot.

The reality is what Bill Maher describes as the "trick, trap and screw society".

Remember, we as a nation are only 220 years old, a mere babe in the cosmos. We howl at the unfairness, as infants do. We are loud, raucous, rambunctious, and irrepressible. We are like Ezra Pound's description of Walt Whitman: "He knows that he is a beginning and not a classically finished work."(2)

We are also tenacious, innovative, brilliantly experimental, daring. We have done much. We will do more.

So if you feel trumped at the polls, don't despair.

Shout it to the rooftops

Howl it at the breeze

Blare it as an anthem

Roll up your sleeves and fight back. Visit a mosque, celebrate Hannukah. Invite a black neighbor for dinner, along with a local cop. Shelter a refugee. Listen to those who voted otherwise and try to understand their frustration. Keep a careful eye on your local politics and volunteer to help. Stop hate talk in your home, at your work, in your neighborhood. We are better than that.

Others have shouted "Geronimo!", like jumping skydivers, or Archimedes in his triumph. 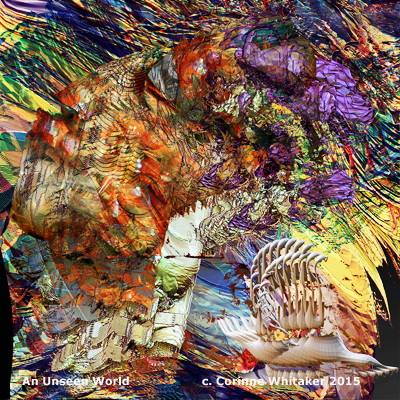 For one answer to what can be done, see California's democrats.

(2)Pound also wrote of Whitman: "He is America. His crudity is an exceeding great stench, but it is America."

You may want to read President Obama's words to his daughters after the election: "Societies and cultures are really complicated... This is not mathematics; this is biology and chemistry. These are living organisms, and it's messy. And your job as a citizen and as a decent human being is to constantly affirm and lift up and fight for treating people with kindness and respect and understanding." To which we add A E R O B R I G E D O R O S!