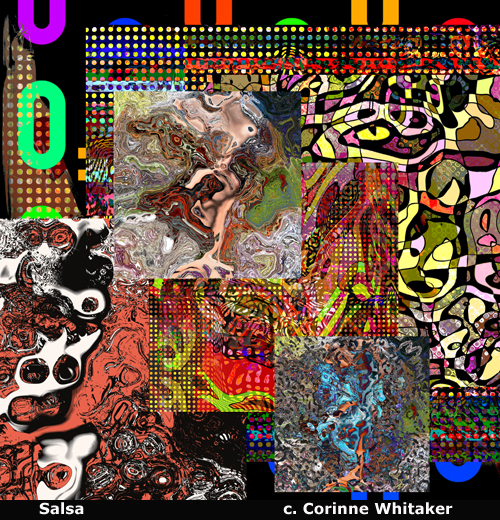 The historian Howard Zinn has written, "It is the job of the artist to think outside the boundaries of permissable thought and dare say things that no one else will say." (1)

Three students at John Jay High School in Lewisboro, New York, would probably agree. The three were suspended because they spoke the word "vagina" in a reading of Eve Ensler's "The Vagina Monologues". Their principal said they had "disobeyed orders" by voicing the word. What is it about words that so moves or incenses us? There were no proverbial sticks and stones here. Refusing to name a female body part is akin to designating it as somehow shameful, unworthy of discourse, a hidden embarrassment. The principal apparently wants vaginas in the closet under a burqua. 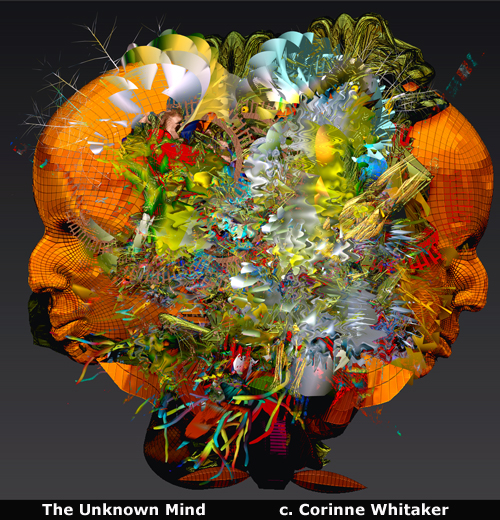 William Burroughs also took an enlightened view of language. He was an early proponent of randomness, using a process he called "cut up theory". Burroughs divided a page of text into four parts, rearranged the parts, and read the results as a single page. Carrying this idea further, a program called DadaDodo searches the Web for word probabilities and uses the results to form sentences. Often the sentences are delicious gibberish, but at other times they seem strangely profound.

Another path has been taken by Dissociated Press. Where DadaDodo uses the mathematics of probability to see how many times word A follows word B, Dissociated Press shuffles words for its results. One correspondent has even suggested using random syllables to generate haiku. Web Collage, on the other hand, creates a collage out of random Web images. New images are added every minute, generated by feeding random words into a number of search engines and then grabbing images from those collage pages.

We are perhaps creating a new sort of language using A.I. In a paper titled "There Once was a Really Bad Poet, It Was Automated But You Didn't Know It", researchers have produced a system called limgen, a fully automated system for producing limericks. The system leaps past not only rule-based poetry writing but also neural network-based poetry to create fairly cohesive limericks, sometimes funny as well, while still retaining the basics of telling a story in five lines.(3) And in terms of musical communication, we might look at sfyria, practiced on a remote island in Greece, where only 6 people remain alive who can use it. Sfyria is a form of whistling - entire conversations can be shared using it. There is conjecture that it originated roughly 2500 years ago when Persian soldiers escaped to the mountains of Greece. The whistled sound waves can travel ten times farther, for example, than shouting.

Perhaps the randomness approach to human language is not far off the mark. Deep in the jungles of the Amazon, the Piraha, a small group of hunter/gatherers, speak a language containing just eight consonants and three vowels. They use pitch, tones, and stresses, along with whistles, hums and singing, to convey a complex set of meanings, and call any other language "crooked head". Incredible to us, they have no color terms, no numbers, no history of making art, and no words of quantification like "any", "some", "each" or "most". (See " What Happens When a Language Has No Numbers"). The antithesis of the Piraha may be a Malagaysay tribe that uses flamboyantly long words: one of their eighteenth century kings was named Andrianampoinimerinandriantsimitoviaminandriampanjaka. And then of course there is Walpiri, the Australian Aboriginal language in which words could be used in any order. 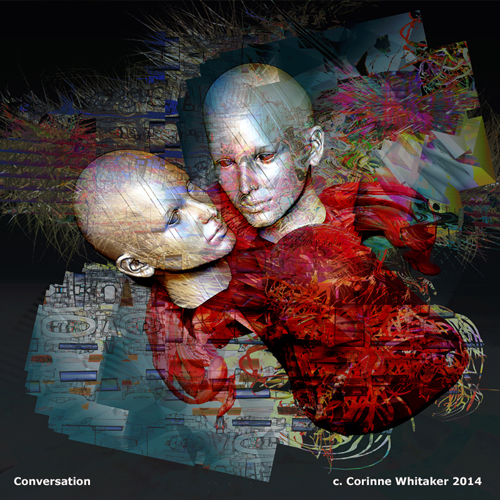 The language of the Piraha has thrown chaos into many cherished theories about human language formation. Their speech patterns, however, exist without our academic rules and restrictions. I suspect the vaginas at John Jay High School will do so as well. Maybe the school principal needs to immerse himself in the words of the Mock Turtle,(2) who named the branches of mathematics "ambition, distraction, uglification, and derision". In this scenario, the John Jay principal is allowing his ambition to distract him from the uglification of his gender bias, resulting in derision for his unfortunate absurdity.

Notes: Adapted from "The Uglification of the Absurd", Corinne Whitaker, 2007

(1) Howard Zinn, "A People's History of the United States"

(3) Thanks to co-author Cynthia Rudin for providing the link.