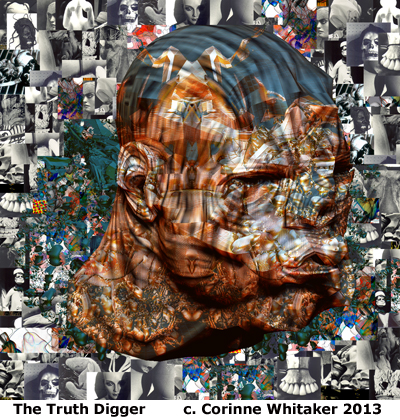 360 million years ago a creature called dunkleosteus reigned over the oceans. 32 feet long and covered with armor, it had sharp bones poking out of its jaw. It ate sharks for breakfast.

Dunkleosteus is no more.

There are those who say that humanity is headed for a similar extinction, that evolution is propelling us there. Perhaps by exhaustion of natural resources. Perhaps by collision with an asteroid. Perhaps by population explosion. Perhaps within ten years, according to one pundit.

But another theory suggests that income inequality will be the culprit, ending in a massive and violent catastrophe. It is evident throughout history, at least as far back as the Stone Age. According to Professor Walter Scheidel at Stanford University, "only all-out thermonuclear war might fundamentally reset the existing distribution of resources."(1) Or, as James Baldwin expressed it, "If we don't manage the present there will be no future".

Yes, there is abundant rage around the planet to justify such a scenario. We seem to eat murder for breakfast, to reject anyone, everyone, who is different from ourselves. We seem to hate refugees, although every one of us is descended from refugees.(2) We insist that a Supreme Being, if there is one, acknowledges one religion only, and of course that is our own religion. We shout slogans, elect bullies to office, threaten to build walls to keep the other out. We don't want to eat cake, we want bread, moolah, whatever you've got that we don't have. Or perhaps we want to have our cake, plus your cake, and eat it all. If we eat you up in the process, no one cares.

We do all this in the name of "self-defense", but in truth we have mainly ourselves to defend against. We are all apparently infected with the hatred virus, and no cure seems readily available. Nor do I sense any desire to be cured. We have welcomed the virus into our souls and now don't know how to get rid of it.

Is doom the only scenario?

Or are we capable of learning from the past in order to alter the future? I think so. I surely hope so. But we will have to make some pretty fundamental changes if that is to happen. From plain Jane to those in positions of power and wealth, it will take a profound recognition of the problem and acceptance of its dire consequences before any changes can take place.

It has to start NOW.

For myself, in order to stay sane in an increasingly distorted world, I think of Thomas Wolfe: "Nothing lasts except beauty, and I shall create that".

I think of Rainer Maria Rilke: "A billion stars go spinning through the night, blazing high above your head. But in you is the presence that will be, when all the stars are dead".

I don't want to be Uncle Dunkleosteus, so I shall continue to create.

Viewers might want to read the book, "No More War". It can be purchased from the publisher, or at a discount directly from me.

(2) Did you know that over 65 million people are on the move, for the greatest migration crisis since 1945? I urge you to read "Broken Men in Paradise". One man is compelled to make himself bleed, to be certain that he is alive. Is this really the legacy we want to leave? Is this who we are?