Once Upon a Kaching 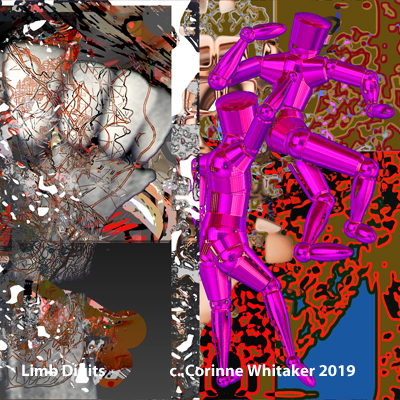 Once upon a time

(I confess, I love fairy tales. They remind me so much of contemporary politics). But I digress.

Once upon a fairly long time ago, a young artist appeared who was left-handed, vegetarian, and gay. You might even call him an outsider. He struggled mightily (that's how fairy tales were written, with words like mightily). And he succeeded, mightily. Of course he was also born out of wedlock (that's another word that was in vogue then. What, I wonder, is locked into the wed/bed scenario? And does that concept count for anything today? Not really.)

You know him as Leonardo.

At approximately the same once-upon time, the Gutenberg bible appeared and appeared to thoroughly shake up society. The effects were wide-spread and dynamic. Secrets - church secrets, government secrets, affairs of the heart or perhaps of the loins - were suddenly widely known. It was a time of upheaval and dismay, not so different from what is happening today. Technology joins the Guttenberg press as revolutionary leaps forward. Society didn't like it then, and many people are angered by it now.

These are also times of creative ferment, as the brave and the bold leap fearlessly into a sometimes unknown often feared tomorrow. People fume and rant, but eventually, as a group, we manage to move forward.

Now let's change channels to today's economy. I am told that the consumer is the key to global economic success. That means your wallet, and mine, are holding up the edifice of progress. Think of each of us as Atlas carrying the world on our bank accounts.

Well, if I'm the linch pin and you are the key, if indeed all the world's forward motion depends on us, then here's my revolutionary edict for once upon today's times. You see, I have become frustrated by the ever-increasing hourly fees thrown at me by "professionals". Not only doctors and lawyers, but plumbers and electricians. I think it's time, as the Atlas successors that we are, that consumers start charging by the hour for our time. Want me to listen to/read your advertisement? Kaching. Answer your survey? Kaching. Order your product? Kaching.

Why should only giant corporations value their services? Mine and yours are valuable also. When we shop online, kaching for the time it takes to find, investigate, and order what we want. When we are kept on hold for endless hours trying to get that new gizmo to work, let alone work easily and well, kaching kaching. It's easy to accomplish: before I read, look at, listen to, and/or fill in your questionaires, I will insist on having your company's credit card number. No fear, it will be secure, just as secure as my private information is with you. Then you can dilly and dally, consult a manual, ask a supervisor, to your heart's content.

What about it, folks? Are you ready for a consumer revolution? I know I am.