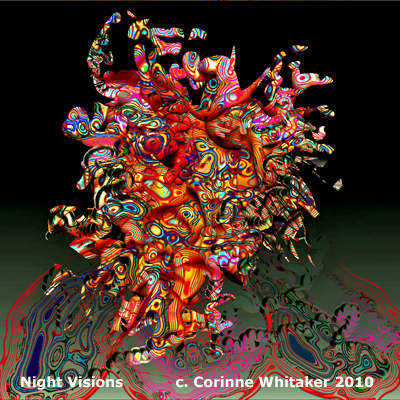 At 6 pm I was standing at the window looking out at an encroaching blackness. It was 1940, and I was watching a small town (well, it was small then) turn off all its lights. It was called a brown-out, and meant to prepare us for an air raid. I didn't know what an air raid was - I doubt that I knew what war really meant. I only knew that I was going to be a carrot in a school play about vegetables. But I could feel the fear that the adults around me exhaled, as it wrapped me in its tentacles and wouldn't let go.

As it turned out, I never played the carrot: I was home with a virus. But I knew the fear and felt its tremors.

Enemies were familiar to us. They wore black uniforms, yelled words like "Sieg Heil", and devastated cities in a place called Europe. They had tanks, planes, officers, barracks. We humans wrote that script. We built the bombs, and then built shelters to hide from those bombs. The roles were clearly defined: horrendous, but we were the authors and controlled the drama.

In current terms, we invented reality shows on television to lure us away from harsh realities in governance. We followed these sagas obsessively on screen, rooting for winners. On the big stage, we were fixated on a bigger reality show, called BBA (Who's the Biggest Bully of them All?). Our Bully will beat your bully. Never mind that ordinary people were being crushed under the boots of inequality, racism, femicide and genocide. Never mind that children were being torn from their parents' arms: those arms were lesser-than. Our bully said so, and we seemed to admire his gusto. Never mind that, globally, a minority was coveting more and more riches while the rest of us were coveting simply paying our mortgages on time. We owned the bully culture: what could go wrong? Never mind that essential services were being decimated, like Centers for Disease Control, and Health and Human Services. Budget deficits? We would just eliminate annoyances like food stamps and disability benefits, reduce social security and medicare. After all, big bullies needed private planes to escape to private islands, golden toilets, and botox treatments for men who wanted to look like boys. We had the biggest technology toys in the world, essential for success. If they were increasingly too expensive for pay-checkers, did it really matter? It was a golden age, and we were its anointed.

Some of us were, that is.

We were so full of ourselves. Something was bound to happen.

And happen it did. A friend of mine who has spent his life studying Anticipation mourns the lack of self-awareness that could have prevented the eruption or at least mitigated its effects.(2)

BBA's worldwide assured us that they were in control, all was well, bombs were proliferating luxuriantly. Our mantra was "move fast and break things".(1) We moved so fast we didn't stop to realize that we broke Nature's heart.

Somehow, nature wasn't impressed. Or perhaps she was distressed, her luscious forests raped, her clean air toxified, her grasses, flowers, birds and exotic species poisoned. She finally decided to do something about it.

When nature retaliates, watch out. She is infinitely more efficient than we. Her covid army needs no uniforms, no barracks, no officers. Her soldiers are silent, invisible, and voracious. They feed on us, while we continue to nibble on hubris and greed. Her army recognizes no boundaries, - national borders, religion, skin color are irrelevant. Make no mistake: World War III is upon us. We are now fodder to a foe we cannot see, smell, or touch. And, like any ruthless conqueror, she forces captives - you and I - to entrap others. It's a brilliant scheme: didn't we use it in WW II? But now we are the enslaved, and we don't like it very much.

We look into the mirror of humanity (mirror, mirror on the wall, who's the foulest of them all?) and know what we will see - Idi Amin (The Butcher of Uganda), Pinochet, Hitler. We know evil. We invented it.

We invented greed, lust, hubris as well. But these have become mere tinker toys on an unfamiliar game board. The question is: who's tinkering with us? When will we understand that calamity was hovering, imminent, right before our eyes? Don't we yet know how we have contributed to over-population, deforestation, destruction of resources? Don't we, even now, recognize that feeding hatred to our young can only hasten our demise as a species?

We thought we had devised the world's biggest toy box, there for those who were white, male, wealthy, frocked and bespoke, to plunder. So why wonder, if we are the toys being discarded?

At some point, some force far stronger than our own began to ask, did this species really add much to the value of life on earth? Who spawned these self-centered, destructive, adolescent creatures? Maybe, just maybe, it was time to hit the delete button. 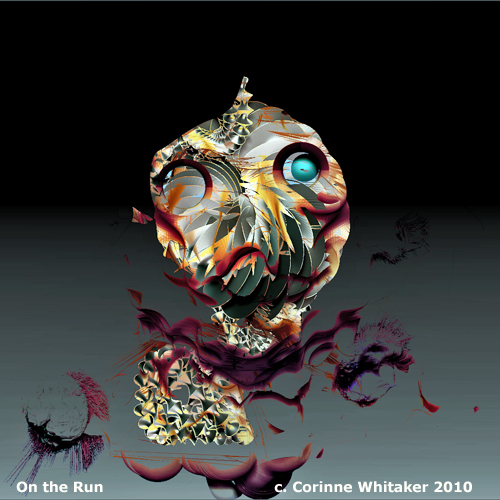