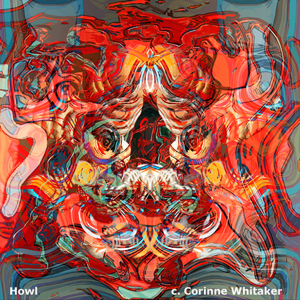 "Two Wolves and a Sheep"

The phrase was penned by James Bovard, writing in the Sacramento Bee: "Democracy must be something more than two wolves and a sheep voting on what to have for dinner".

It seems that not only democracy can be voracious but the entire human species. Scientists tell us that there may be as many as 40 million species still alive on the planet. But apparently there were 5 to 50 billion previously, which translates to a 99.9% failure rate. Some researchers go so far as to say that we are in the midst of a "mass extinction of living things", posing a threat to the survival of the human species in the next century. According to the American Museum of Natural History, (http://www.amnh.org) the current extinction rate is the fastest in the 4.5 billion year history of the planet. More to the point, these extinctions are occurring as a result of man's activities and not natural events.(1)

There are some positive phenomena around. Scientists claim to have found a "Lost World" deep in the jungles of Indonesia, with new species of birds, butterflies, frogs and plants. There is also a relatively new theory of Transpermia, which holds that all life on planets was originally seeded by asteroid impacts. http://palaeo-electronica.org/2001_2/editor/mars.htm Explosions of comets and meteorites, like the one that destroyed the dinosaurs, might have seeded enough organic material to reach Titan, Saturn's moon. The timing is a bit problematic: perhaps some six hundred million fragments from such an explosion could have left the earth and orbited around the sun. Some of them might even have had enough propulsion to reach Saturn and Jupiter although it would take roughly one million years of space travel to get there. Titan is apparently laden with organic materials from which life could spring. Titan's freezing temperatures, however, provide an inhospitable environment for seeds to flourish.

A million years of travel? 50 billion species? I'm not sure my onboard computer can handle those numbers. But I can see dangers closer to home. Did you know that recently a family of five was beheaded in India for the crime of witchcraft? Did you know that New York City was built by slaves, and that Charleston, South Carolina, is the only city in the United States to have had more slaves than New York? Or that mathematicians were once considered traitors? According to Howard S. Gardner, discussing the Theory of Multiple Intelligences, http://www.infed.org/thinkers/gardner.htm "In the Spanish Inquisition one could receive life imprisonment or even a death sentence if one possessed Arab manuscripts dealing with mathematics. 'Mathematicians were denounced as the greatest of all heretics.'"

We're not very benevolent creatures, are we? We destroy our own kind as rapidly as we exterminate others. We are just now learning about the "Black Room" at Baghdad International Airport. According to the New York Times, an elite force of roughly 1000 converted one of Saddam Hussein's military centers into an interrogation room where prisoners were abused and tortured. While we marvel at the beauty of Saturn's rings we are busy battling each other to prove whose religion, whose race, whose ancestry, whose toothpaste, is superior. And we are ignoring what is happening right here on earth, in America, to the Bill of Rights, which is fast becoming an endangered species itself. http://www.boston-legal.org/19-stickit/BL-2x19-Stick-It-ClosingArguments.asx

Aren't there better uses for human energy? Can't we find better leaders? Are we victims of what Bovard calls "Battered Citizen Syndrome"? http://www.jimbovard.com

The only certainty is that a society composed of two wolves and a sheep cannot hope to survive for very long.

(1)Viewers might want to read "Would Human Extinction be a Tragedy?" by Todd May, writing in the New York Times on December 17, 2018.